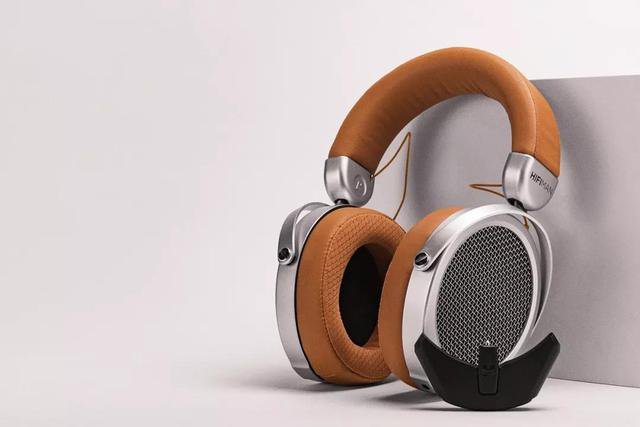 Hey everyone, This review features an honest review about HIFIMAN Deva open-back, over-ear headphones. HIFIMAN Deva is listed on Amazon for a price of $299.

HIFIMAN is manufacturing high-performance headphones as well as audio devices. It was founded in 2007 by Dr. Fang Bian in New York. And the company is responsible for producing a variety of headphones since then including In-ear and over-ear etc. Furthermore, they are also known in the world to create the first high-end portable audio player, The HM-801.

HIFIMAN Deva is listed among one of the best affordable open-back, over-ear headphones around the market. From the build quality to comfortability to sound quality, Deva features them all. Its ability to switch from wired headphones to wireless gives it a thumbs up. 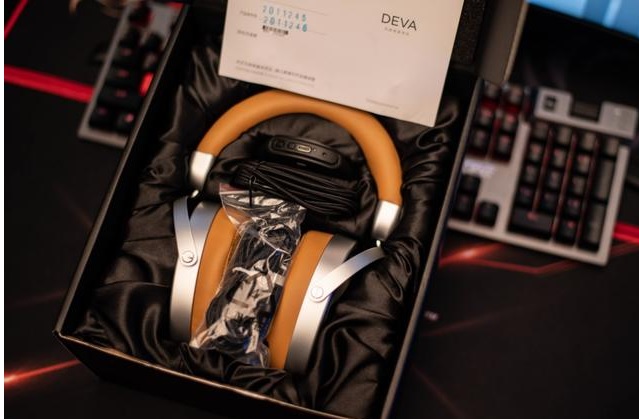 Let’s start with the packaging. It comes with a black box and looks very brief and clear. In the middle comes the leading figure, HIFIMAN Deva fitted tightly in the foam to ensure product safety. Foam has also covered a layer of brown silk for finishing touch. The box uses the flip structure.

The back of the box is marked with various product parameters such as Bluemini module working specifications, battery life, decoding method. 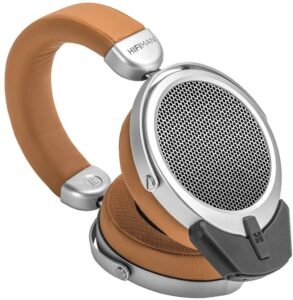 By appearance, HIFIMAN Deva is a flat-diaphragm headset which is entirely different from the past. It uses the design of brown leather and silver plastic material. Overall, Deva has a retro light luxury feel. For its earcups, HIFIMAN used brown leather material that looks and feels comfortable. It has an elegant and eye-pleasing professional design. 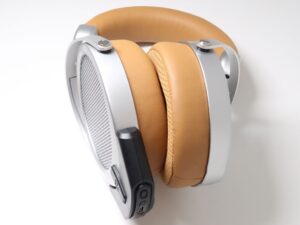 For Deva’s build quality, there are no significant setbacks. For its price to build ratio, It stands out to be the best. Deva can last long with regular usage. It can sometimes be alarming for users with a small head. Some Issues state that it can fall off the head during workouts. But its overall build quality is excellent.

Deva has a brown leather headband that can be adjusted to fit perfectly on your head. Its earcups are also made of ear relaxing brown leather, which can help to reduce ear fatigue and can be worn for an extended period. Combining the headband and earcups, HIFIMAN Deva is designed with the factor of comfort in mind. It is low weighted (360g), which can also add more comfortability to the set.

In terms of Sound Quality, the high-end model of the HIFIMAN flat magnetic driver will sound better. However, for normal hearing, HIFIMAN DEVA is the best choice. Since Deva is an open-back headphone, therefore, The wide sound field is pretty good because it does not have the feeling of blockage, which is often the case with closed headphones. Because of the NEO ultra nano-diaphragm, the Deva has a significantly different hearing experience from other types of earphones. Its sound field in more significant and sound positioning is also high, especially when listening to some large symphonies as if you are standing alone. In the concert hall, the presence is excellent.

At the same time, DEVA’s bottom noise control is perfect, and you can intuitively feel absolute silence when there is no sound. Also, in terms of trebal, the balance is right.

On the whole, DEVA’s sound tuning is deliberately leaning towards “comprehensive”. It can be said that Deva is made to listen to music and vocals.

Deva’s Rated impedance is as low as 18 ohms. This means Deva requires less energy to power up making it more efficient in producing sound. It can also help in improving battery life.

The battery life of Deva, that company claims is 7 to 10 hour with Bluetooth connectivity.

For Bluetooth, Deva uses its unique way of connectivity through its bluemini. On top of the bluemini device, there is a 3.5mm jack that fits into its 3.5mm port. In Bluetooth mode, the overall sound quality is reduced as compared to the wired connection. but it still maintains 80% of the sound quality. 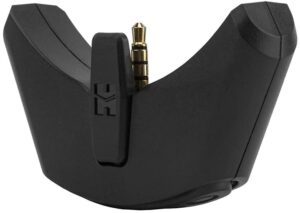 HIFIMAN’s Deva uses its unique Bluemini device for various purposes. It has a 3.5mm jack on its top that fits in the 3.5mm port in the headset. It can be used as Bluetooth as well as a wired connection. A USB to USB type C cable can be used in Bluemini to listen to music. There is also a button at the bottom that toggles to prevent charging the headphone through USB cable. It can help If the user is using a USB cable to listen to music on a device that runs on a battery (such as, Mobile Device and Laptop). A user can easily switch from Bluetooth to Wired connection (USB cable or 3.5mm Jack) through this device.

DEVA’s Bluetooth module, nicknamed “Bluemini“, uses a Qualcomm CSR8765 chip, built-in high-power amp, and audiophile filtering and buffering, and the maximum output power of the balanced earphone amplifier circuit is up to half a watt. It has sufficient reserve power, dynamics and details are completely OK.

DEVA tried its best to simulate the noble sound of the tube on the “Bluemini” Bluetooth/USB/headphone amplifier module, showing a clear, ethereal, and comfortable sense of hearing, which makes people willing to listen again and again.

HIFIMAN Deva has a built-in microphone. In terms of its Mic, I’ll put it that way. It can be used to communicate. The sound quality is neat and clear. However, its recorded sound is a little bit low as compared to external microphones. But I would say its good enough.

Compared to other Headphones

The biggest difference between HIFIMAN DEVA Bluetooth flat-diaphragm headsets and wired headsets that can only be connected to a computer through an audio cable is that by matching the Bluemini Bluetooth module, it also has an additional USB DAC headset mode that can support up to 24bit/192kHz. Of course, there is no problem when using DEVA as a gaming headset. Since DEVA supports USB DAC mode, it can be directly connected to the Bluemini Bluetooth amp module with Type-C cable. For computers that generally use Windows10 and Mac systems, it can be used. To plug and play, there is no need to install any drivers, and the delay phenomenon is basically eliminated in the case of online connection, which is also friendly to game players. In addition, you can also use the audio cable to directly connect to the PC, but because most players are not equipped with an independent/external sound card, the actual output effect is not as good as the USB DAC mode.

You can find more detail in this Comparison guide

Q Do I have to remove to Bluemini to charge the headphone?

A You can charge it, whether it’s connected or not.

Q Can I use the headphone when Bluemini is charging?

A Well in that case it turns into DAC and you have to play the sound through USB cable.

Q What is the material used on its earcups?

A Its earcups are made up of faux leather.

Q Does the sound leaks from the headphones?

A Yes, since they are open-back and made that way.

In general, the performance of HIFIMAN DEVA Bluetooth flat-diaphragm headsets, whether in Bluetooth mode or wired mode, is amazing.

The most incredible thing is that it costs less than $300.

With its comfortable material selection, it can be used in both wired and wireless modes. Whether it is used at home or taken out for portable use, it can be applied to multiple occasions.

The HIFIMAN NEO ultra-nano diaphragm, the Bluemini Bluetooth amplifier, and the HIFI mode you want. Of course, more importantly, the sense of hearing that DEVA brings is also the best at this price. 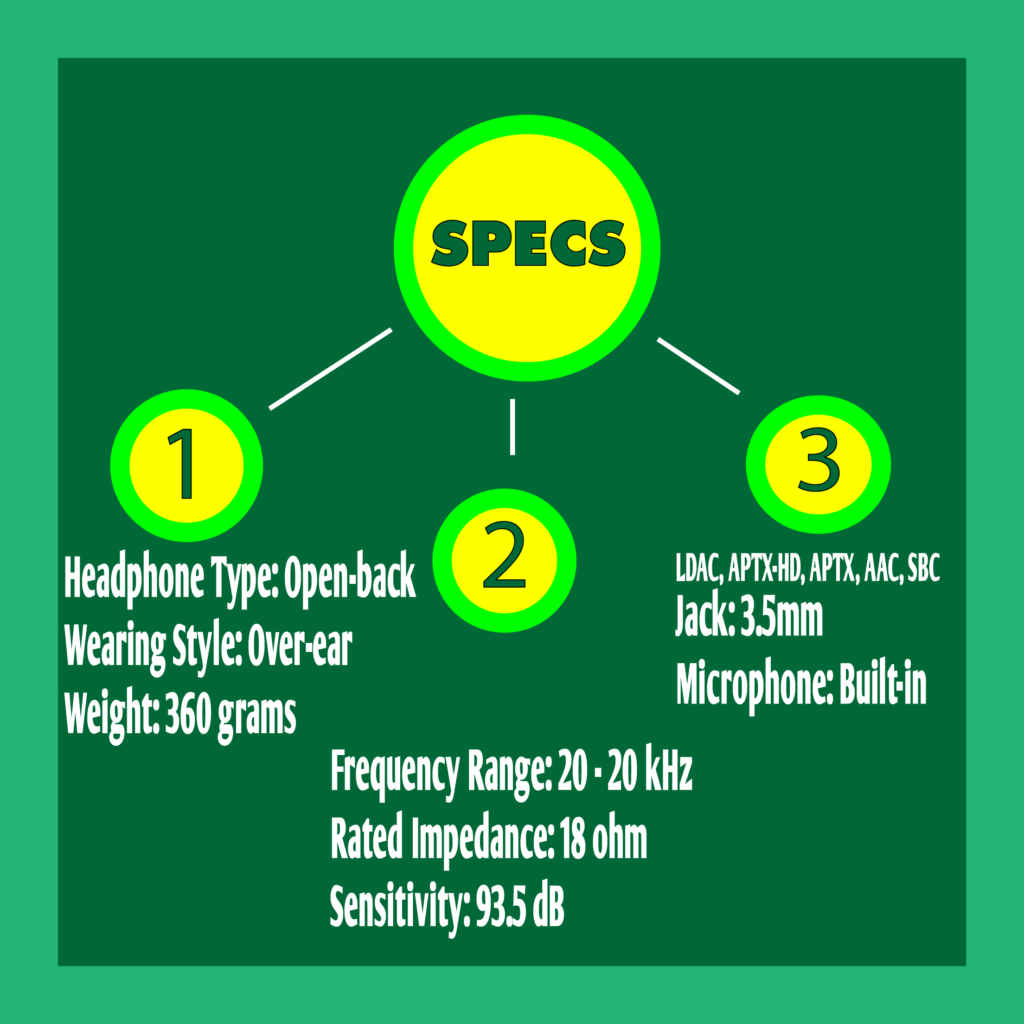 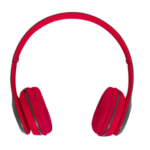